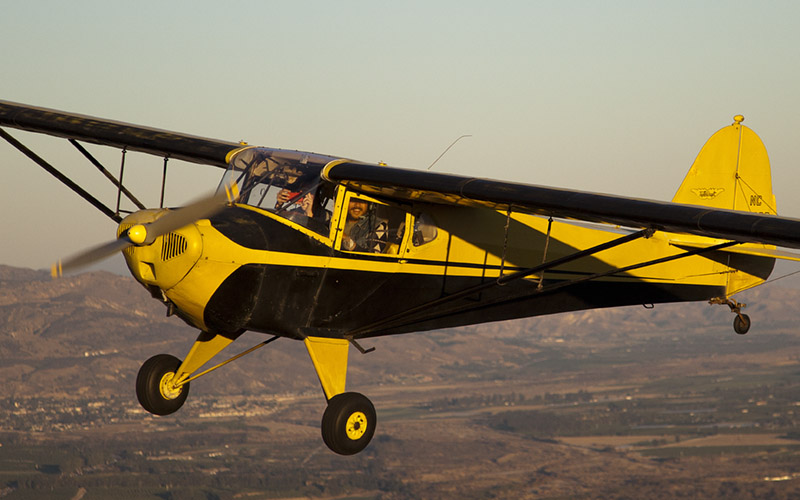 Anyone with photography experience will know that getting sharp images while hand holding a camera standing firmly on the ground with a shutter speed of 1/60th is difficult at best. Now try hand holding the camera while shooting from a moving airplane with a strong wind coming through the window with the subject airplane in motion against a moving background. Our first attempts at this type of photography resulted in only about 15% of the images being sharp. This was very frustrating and impractical since about 85% of the images were too blurry throughout to use. 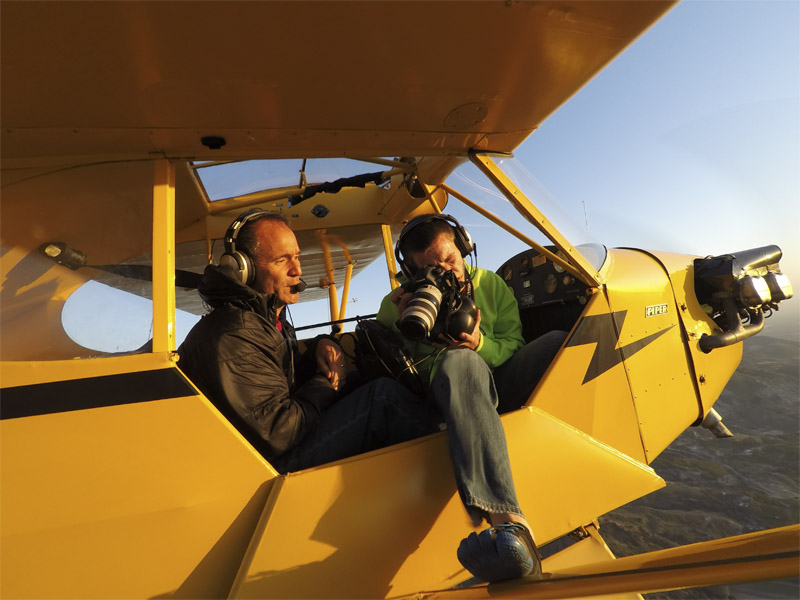 Then we found a solution through Kenyon Laboratories, www.ken-lab.com, the leading manufacturer of gyro stabilizers. We purchased a Kenyon 6 x 6 gyro, which is a 3 axis gyro designed to stabilize cameras up to 11 pounds, which would accommodate our camera equipment. A gyro stabilizer is basically a stabilizing platform that dampens motion and vibration. This piece of equipment made air-to-air photography at slow shutter speeds possible. Once we started shooting with the Kenyon gyro, about 90% of the images shot were sharp as opposed to the previous 15%. 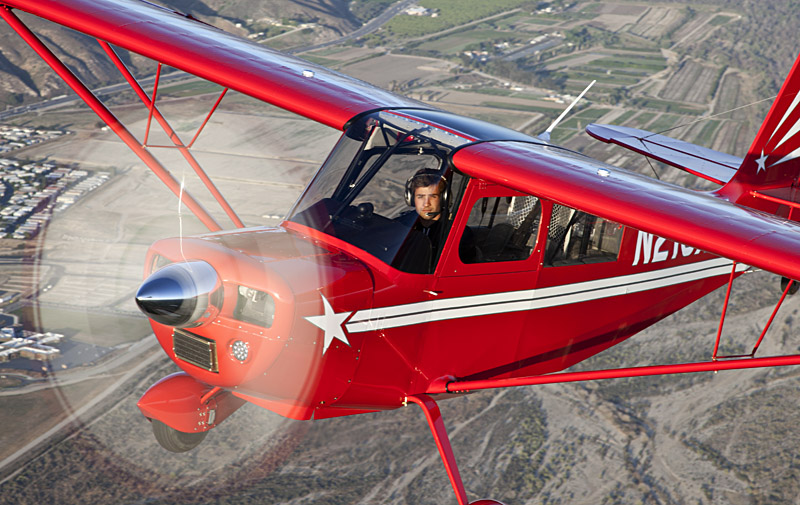